Public Health Advisory regarding Coronavirus: the latest information from Public Health - Dayton & Montgomery County as well as the impact specific to Centerville residents.

The Sadness of Sacrifice. We Honor Those Who Have Fallen 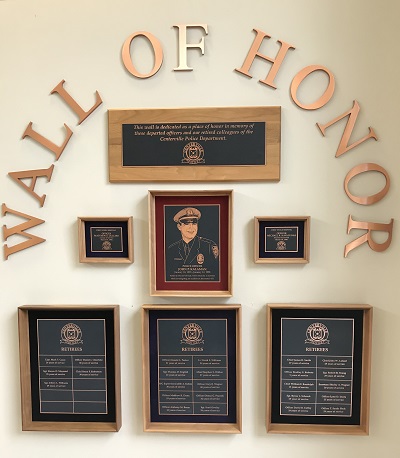 A Centerville Police Officer and a Washington Township Firefighter   had their lives taken from them while they served our community. Let us  not forget the unselfish sacrifice they and their families have made. We honor and pay tribute to our fallen brothers.

On January 12, 1998, at approximately 6:30 AM, Officer John Kalaman, Firefighters Robert O'Toole, and Charles Arnold were assisting the victim of a personal injury accident on I--675 at Wilmington Pike. All three were struck by a car whose driver lost control and slid into the median strip. Officer Kalaman was killed instantly and Firefighter O'Toole died after being Careflighted to Miami Valley Hospital. Firefighter Arnold returned to work after months of rehabilitation. 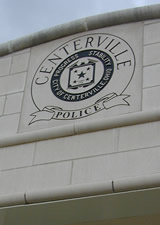 Officer Kalaman was born April 27,1968. He was a 1986 graduate of Fairmont High School and a 1991 graduate of the University of Cincinnati with a Bachelor of Arts degree in Political Science. John became a police officer for the City of Centerville in January of 1993, fulfilling one of his many dreams. During John's five-year tenure, he received numerous letters from the people of our community praising his professionalism and his courteous and compassionate personality-a real credit to the Centerville Police Department. John always held high standards for himself and took great pride in his work and appearance. He earned the respect and admiration of every coworker and peer. John is greatly missed.

Retirees of the CPD

We also recognize our retirees who have Served with Pride and Dedication....