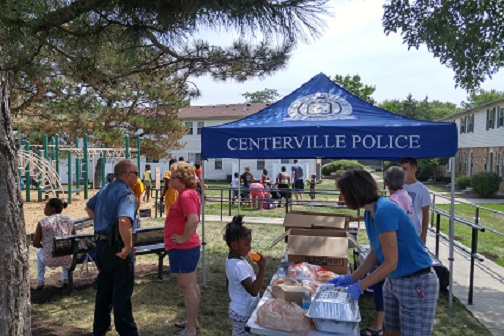 Community-oriented policing is the strategic process of establishing a community climate and an active partnership with the police. Community policing consists of two complimentary core components: community partnership and problem solving. Community policing has been a vital component of the Centerville Police Department's philosophy even before this became such a popular topic for police administrators in the 1980's. The quality of life afforded in part by a responsive city government has a huge impact on whether individuals or families choose to live in a particular area. The men and women of the Centerville Police Department recognize that we play an important part of that equation.