Tax Day has been extended to July 15. Anyone who needs in-person tax help should schedule an appointment by calling (937) 433-7151. Read other options here for preparing, filing and paying. 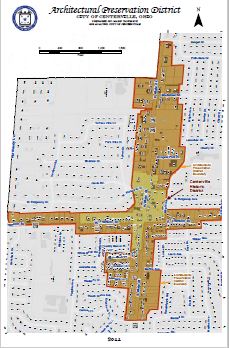 Prior to its transformation into a modern suburban community, Centreville (as it was originally spelled) was a quiet farming village. Most of the village activity occurred within a few blocks of the intersection of Main and Franklin streets, which was known as the Four Corners. This downtown district contained many important local buildings, including several churches, the Township Hall, and the general store. Together with stone and brick cottages and two-story frame houses, these buildings formed the cultural, social, and economic core of old Centreville. 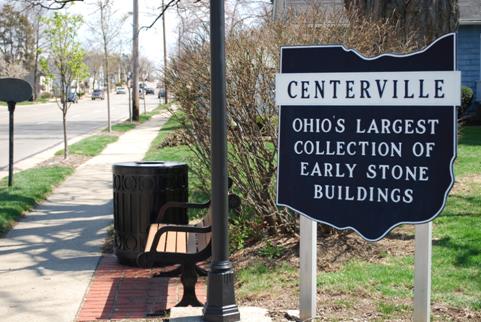 By the 1960's, the suburbanization of Centerville was apparent. Residential and commercial developments were rapidly springing up around the Four Corners. The village population surpassed 5,000 in 1968, and Centerville became a city. In the early 1970's, Centerville's residents grew concerned about the impact of modern development on the old downtown. Two of the buildings at the Four Corners had been demolished and replaced with chain gas stations. In 1972, the City of Centerville responded by passing an ordinance that created a preservation district with regulations designed to preserve the community's historic buildings and the surrounding architecture. The Architectural Preservation District was thus born. 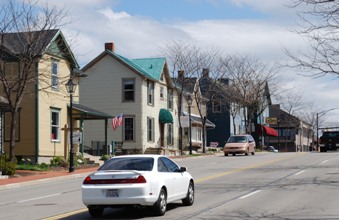 Today, the APD, as it is called, is a thriving enclave of retail shops, restaurants, professional and community offices, and unique homes. The quality of the APD is maintained through the City of Centerville's zoning, design review, and property maintenance regulations. But it is the cooperation and creativity of APD property and business owners that truly preserves Centerville's historic asset.

Downtown Street ClockIn February 2009, a decorative street clock was erected located adjacent to Town Hall Theatre on North Main Street. The clock, which stands taller than 12 feet, chimes every 15 minutes between 6 a.m. and 11 p.m. A project of the Centerville-Washington Foundation, with support from the Sally and John Beals Fund, the City of Centerville and Washington Township, the clock was crafted by Verdin Co, a Cincinnati-based organization that has been making street clocks, bronze bells, carillons and more since 1842. 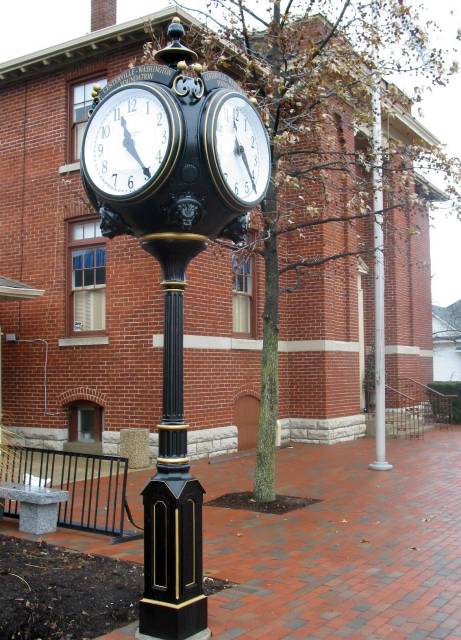 The City encourages owners and tenants to consult with the City Staff in planning development, redevelopment, or building alterations in the APD. Special Design Review Criteria have been developed for reference purposes. These criteria are used by the applicant, the City Staff, and the review board for the APD, called the Board of Architectural Review (BAR). In addition to the Design Review Criteria, the City uses zoning controls to ensure that APD properties maintain certain requirements for size, height, setback, roofing, exterior materials, exterior colors, window/door placement, and signs.

Recognizing that investment and reinvestment in the Architectural Preservation District in Centerville has a unique public value, the City of Centerville has adopted a property tax abatement program for property owners in the district. For an application or for more information, contact the Centerville Planning Department at 937-433-7151.

To learn more about the Architectural Preservation District, call the Centerville Planning Department at 937-433-7151.

Free viewers are required for some of the attached documents.
They can be downloaded by clicking on the icons below.